Here it is almost the end of April and March didn’t even get a post. Well, I guess it’s because there was SOOO MUCH WIND!!! I thought work was tough, try being retired and kiting 26 days in March. The warm weather, sun and favorable winds from February just continued into March (and April). We got home most nights, hung up the wet clothes, showered, ate and collapsed to get up and do it again the next day.  we did have time to spread some calichi at the gate entrance to the Pond (the image at the top of the post). One of the most fun days was when we demo’d a 5 meter Dice and sailed it in winds over 30 mph. 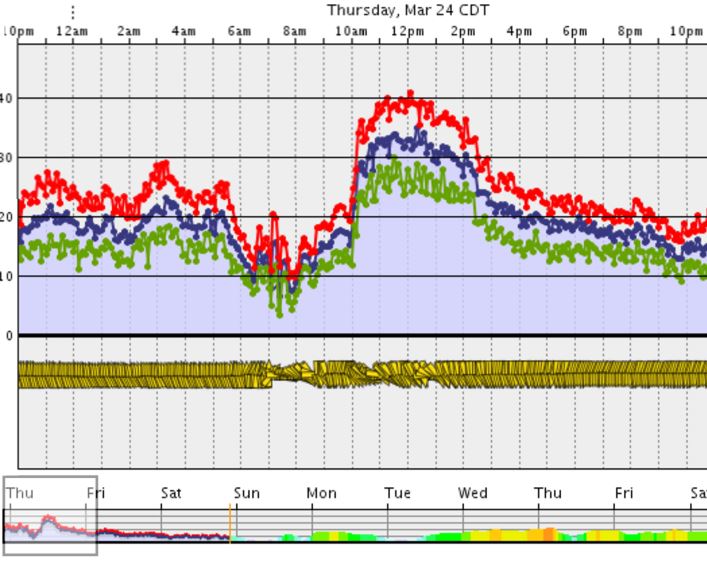 With so much time on the water, we’ve learned to jump, jump turn and just thoroughly enjoy playing on the kites.  March also brought our La Ventana friends back to SPI n their way home.  Mo and Ian, Janis and Doug, Tom and Linda and others that we met last year showed up to sail for a few weeks.  Richard kited with us most days and we hope that we’ve convinced him and Maureen to come to La Ventana next January.  We made so many new friends- Mick and Sherry, Ron and Jude, Ron, Al, Kathy and Ken, Mike Warren, and so many more.  All our windsurfing friends were enjoying the wind and weather as well–Mike and Kathy, Jim H, Jim W, Laura, Ann, Selbino and Leslie, Cole and Carol,  the La Ventana gang.  Smiling faces all around.  Click on the  picture below and zoom in…you can see the each filled with kiters and windsurfers.

There were also after dinner walks on the beach with Kathy and, of course, the spectacle of Spring Break.