The morning after the wind/sleet/rain ride on Bloody Shins, we awoke to 19 degrees and a heavy frost.  The plan was to ride in Ely at Cave Lake, we planned to be there by noon.  On the way to Ely, we drove “The Loneliest Road” (we thought the ride the day before with 100 miles of nothing was lonelier), which is also the route of the Pony Express. 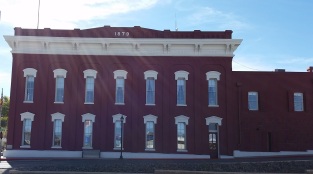 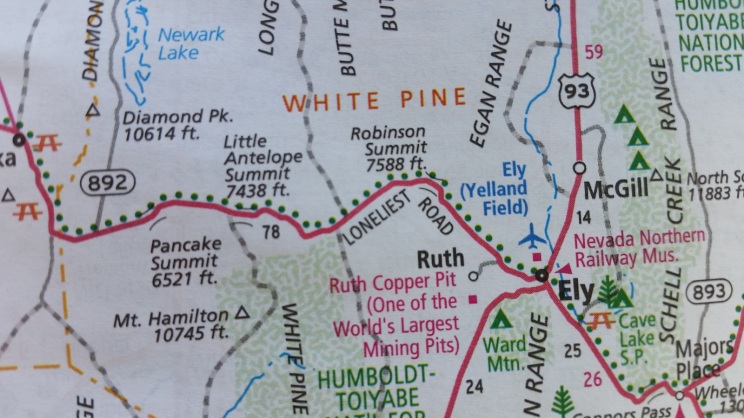 Plenty of snowy peaks in the distance.  We stopped in Eureka for gas and saw old Pony Express stops and then over several passes at 7800 feet to Ely. 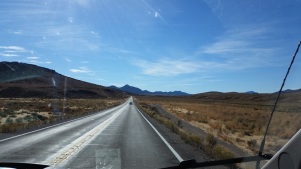 In Ely at noon it was 45 with wind so we opted for the easy solution—head south to warmer climes.  So on to Pioche, what we thought was a good sized town turned out to be a crossroads with an old mining lift with buckets going across the road.  One disconcerting things was that the sky was blue and cloudless in the morning, but we could track the jets and their contrails, then watch the contrails disperse across the sky until the entire sky was milky white. 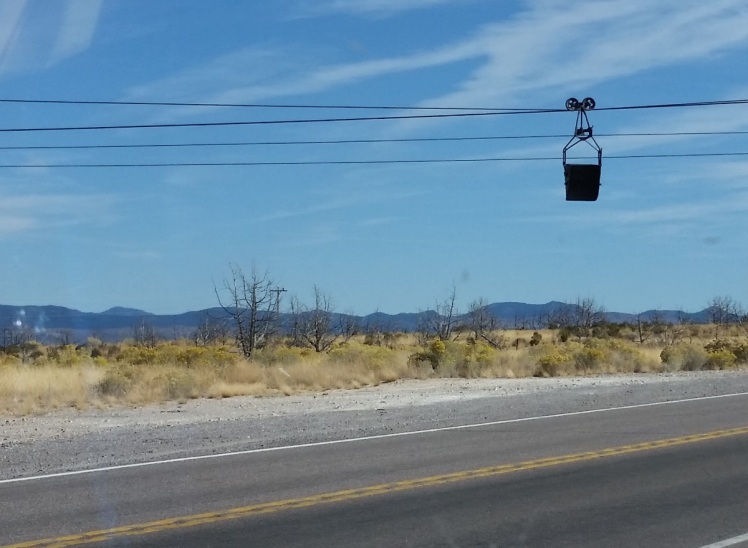 So on to Panaca…..we found a small state park that was our last chance before driving another few hours to St. George UT.  What a Gem!! The park was called Cathedral Gorge- very interesting clay turrets and a bike trail that went around the structures and then up on to the rim with a fun ride down.  And the best thing—it was 65 degrees and sunny.  There were 18 sites, lots of hot water and new showers, it was such a find. 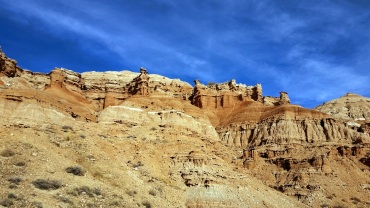 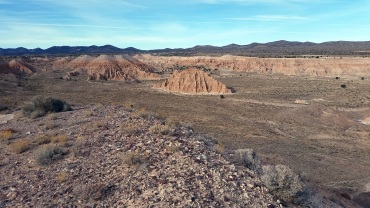